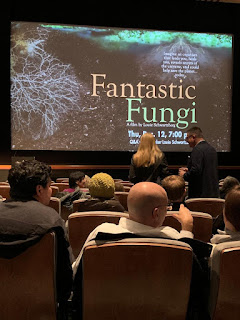 Due to concerns related to COVID-19,  The Environmental Film Festival in the Nation’s Capital (DCEFF) is cancelling all events scheduled for March 12-22, 2020. In the wake of the cancellation, DCEFF will host a “virtual” festival beginning next week, featuring select 2020 films to be viewed online.
“We did not come to this decision lightly, but the safety of our audience, local and out of town participants, volunteers, partners, and staff is our number one priority,” says Executive Director, Christopher Head. “Given the situation, we felt this was our only viable option.”
DCEFF also plans to host a smaller version of the Festival in the fall, which will feature the 2020 Award winners, among others. Other Festival screenings will also be planned for later in the year.
Starting on March 17, go to https://dceff.org/ to see which film are available for online viewing currently. Some will be at a nominal fee, but many will be free.
We reviewed a few of the films (below). Feel free to share your reviews and thoughts on these film in the comments field below.

Co-presented with the Embassy of the Kingdom of the Netherlands, Dutch director Eef de Graaf created “Sustainable Islands” to show how the Dutch Wadden Islands are working toward a more sustainable, zero-emissons future. The short film runs for 73 minutes in a documentary style built on global perspectives. Driven by personal stories, the film follows individuals dedicated to green environmental practices to lessen the human ecological impact. Projects include improving water quality and adding affordable energy, both of which require immense attention and collaboration of different organizations.
Set to an upbeat soundtrack, The director, Graaf, shows beautiful landscapes and insider looks at discussions with the officials who have the power to implement sustainable changes. Graaf was educated in film by renowned Dutch filmmaker Frans Zwartjes while at school in Groningen; all of her films have been featured at the Rotterdam film festival. She now owns a film production company in Zierikzee, Holland.

Charlotte Parker Dulany is a senior multiplatform journalism major graduating from the University of Maryland in May. She is an intern this spring semester with Washington Gardener.

Director Jon Bowermaster profiles Farm Hub (http://hvfarmhub.org/), a small team of ecologists, herpetologists, micro-biologists, ornithologists, hydrologists, and farmers in New York’s Hudson Valley. They are researching the “the interface between farming and wild nature.” The tests shown include till versus no-till farming, monitoring the level of beneficial insects in the fields, and measuring soil microbiology health.
This short film tackles many issues and is not able to go deeply into them, but it is a good overview of the questions we are asking now and where horticultural/agricultural research is headed. I will be curious to hear the Farm Hub's results in 5-10 years.
Visually, the film is well-done. I especially enjoyed the filmmakers use of drone footage to show the fields from above and give a bird's eye view of the farm.

About the reviewer:
Kathy Jentz is the editor and founder of the Washington Gardener.

Fantastic Fungi
Review by Kathy Jentz
Fantastic Fungi has been experiencing sold-out screenings and lively panel discussions across the country. The film is “a consciousness-shifting documentary that takes us on an immersive journey through time and scale into the magical earth beneath our feet.” Featured in the film are scientists and mycologists like Paul Stamets, along with best-selling authors Michael Pollan, Eugenia Bone, and Andrew Weil.
The director. Louie Schwartzberg, is a masterful cinematographer. His time-lapse, high-speed, and macro close-up techniques are simply breath-taking. (I highly recommend also watching his TED talks and clips on Youtube.) Beyond the visuals, the film challenges your preconceptions about mushrooms and particularly about their use in healing. The research in “magic mushroom” use in alleviating anxiety in terminally ill cancer patients is particularly fascinating. I found the interviews quite moving and uplifting.
The film has a light tone and treats some serious issues quire casually. It should be viewed with an open mind. If you have teenagers, I would recommend watching it as a family and discussing the various issues afterwards together.

About the reviewer:
Kathy Jentz is the editor and founder of the Washington Gardener.