Hardy Ferns, those ferns that are perennial to the Mid-Atlantic United States, come in a variety of green hues from the bright, yellow-green of Ostrich Fern to the dark blue-green of the Christmas Fern. Some ferns have dark stems like the Maidenhair Fern and others have rusty-brown parts like the Tassel Fern or Cinnamon Fern. The Japanese Painted Fern practically glows with its silvery highlights.

Ferns can have many garden uses from edging plants to groundcovers and even featured in containers.

They are deer-proof and have few pests. They thrive in consistently moist, well-draining soils with lightly dappled to full shade. Most ferns also appreciate a top-dressing of composted leaves.

Colonies of fern can spread and clumps expand over time. They are fairly easy to dig and divide in spring once the new growth has emerged. Speaking of the new growth, is there anything cuter than the newly emerging fiddleheads in early springtime?

Ferns are low-care. Some may die-back entirely in the winter time in our region, while others hold on to their fronds during the cold months. By late winter, you will want to cut them back though as they will look a bit ratty and tattered.

From the Lady Fern to the Royal Fern, there is sure to be one that works well in your garden. Once you start collecting ferns, you may find it hard to stop.

Hardy Ferns  - You Can Grow That! 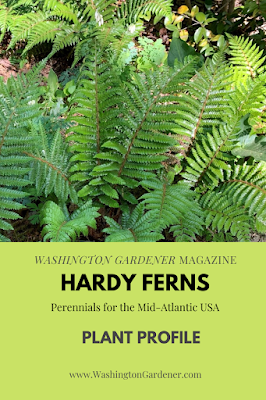 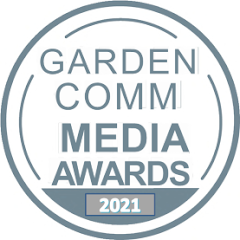