Save the Azaleas Update 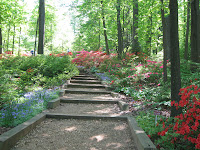 Guest Blog from Sarah, Friends of the National Arboretum

Friends of the National Arboretum (FONA) recently announced a major fundraising campaign to save the Azalea and Boxwood Collections. Tens of thousands of Washingtonians flock to the U.S. National Arboretum each spring to witness one of Washington’s premier springtime attractions: thousands of azaleas in a blaze of color during a six-week blooming period. However, the future of these collections is in jeopardy due to the loss of funds from a private trust. FONA’s campaign seeks to raise $1 million from individuals, families, and organizations who value and enjoy one of the area’s most magnificent and culturally important natural displays. Supporters can make donations via FONA’s website (http://www.fona.org/), or by mailing a check to FONA (3501 New York Avenue NE, Washington, DC 20002-1958, payable to “FONA Save the Azaleas Fund”). Credit card donations can be called in to the FONA office at (202) 544-8733.

The Arboretum is free and open to the public. Hours are 8 a.m. to 5 p.m. daily. Check the “Azalea Blossom Watch” on the Arboretum’s home page (http://www.usna.usda.gov/) for blooming dates and conditions. Peak azalea bloom can vary, but usually takes place around the end of April. The azaleas attract many visitors to the Arboretum, especially on weekends, so you may want to consider visiting during the week or early in the day.
at April 15, 2011