Just a few days ago our world was blanketed in white, rather beautifully, I admit. What a difference a few days can make. We’ve had lots of sun and rising temperatures. Now we’ve got mud, water running down sidewalks and gutters and pooling in inconvenient places, and rain in the forecast. It’s starting to look and feel a bit more like spring.

My yard is still pretty patchy – much is still snow-covered, but I found one clear spot close to the house where a little greenery was evident. One source was the rosettes of Blue Lobelia, Lobelia siphilitica, the other the emerging reddish stems and leafy fronds of Jacob’s Ladder, Polemonium reptans. 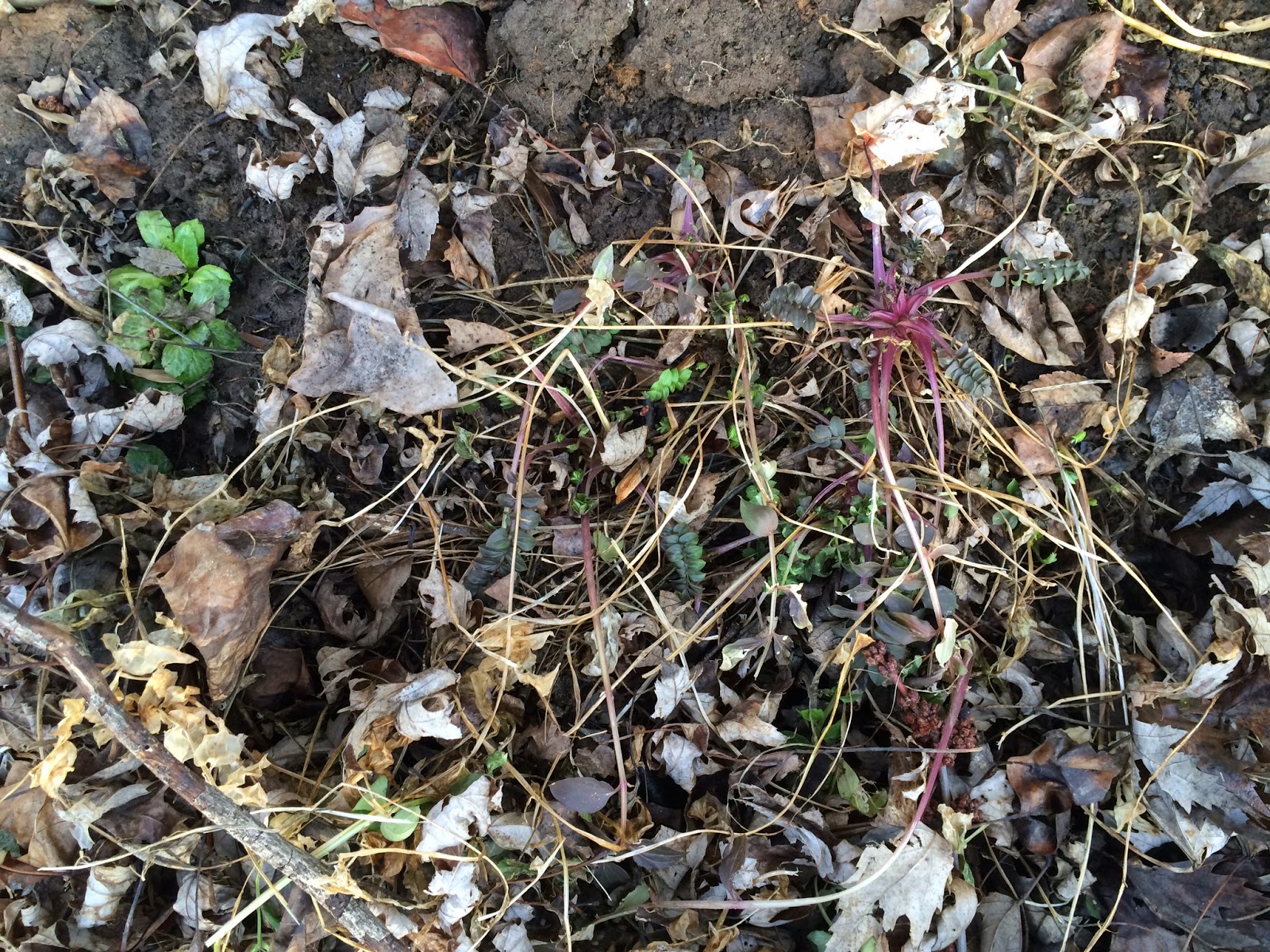 And here’s what I’m expecting to see later on: 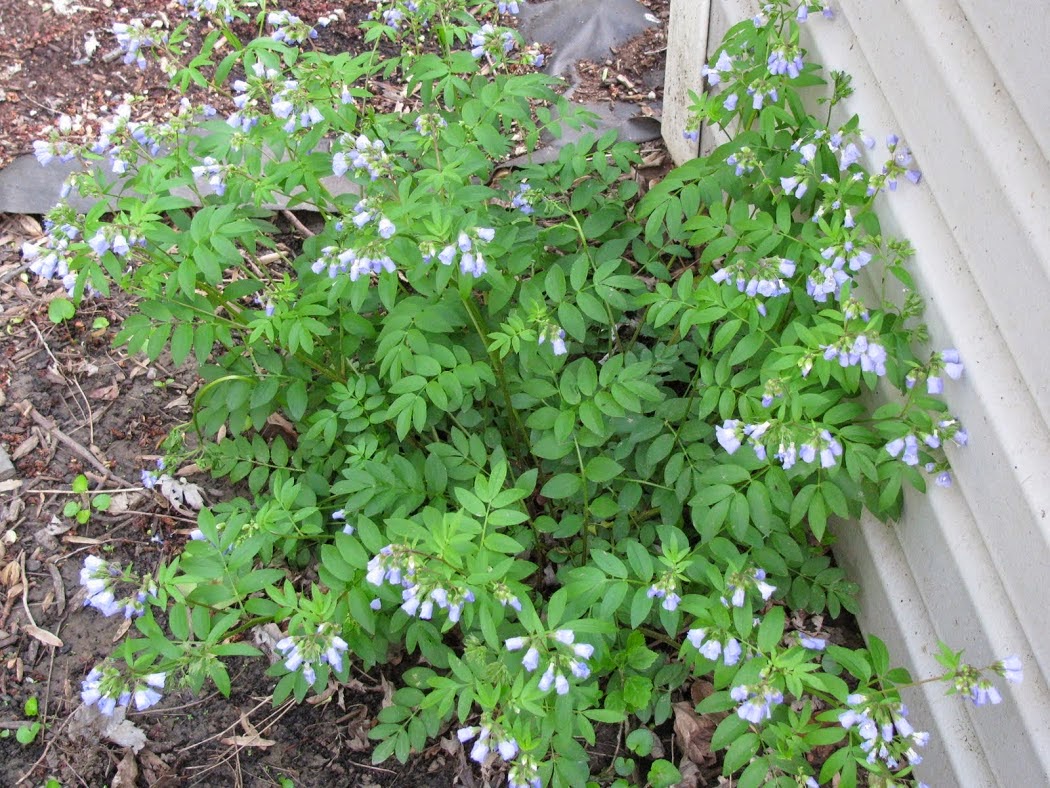 Jacob’s Ladder blooms fairly early – this photo was taken in mid-April a few years ago. It has never spread beyond this one spot, but continues to flourish without problems in the somewhat damp soil of spring, in part shade. 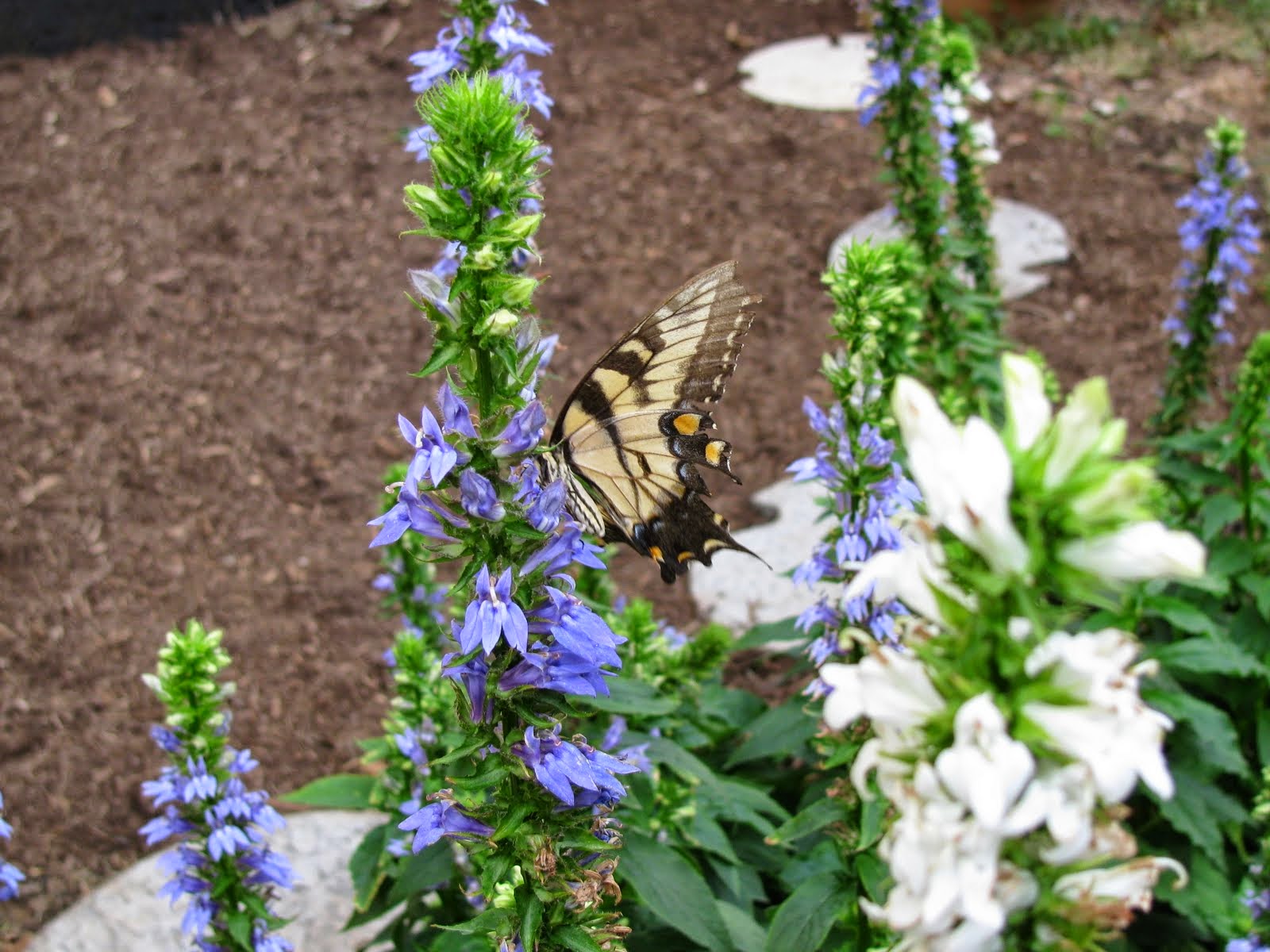 Blue Lobelia comes into its own in late summer. A close relation of Cardinal Flower, Lobelia cardinalis, it is to my mind a little scruffier and less delicate looking than its cousin. However, it also seems a bit less inclined to make itself at home everywhere in the yard. The year this photo was taken this white variety unexpectedly appeared alongside the blue.

About the Author
Rachel Shaw focuses on vegetable gardening and growing native plants in her small yard in Rockville, Maryland. She blogs at http://hummingbirdway.blogspot.com/.

PIN THIS FOR LATER: 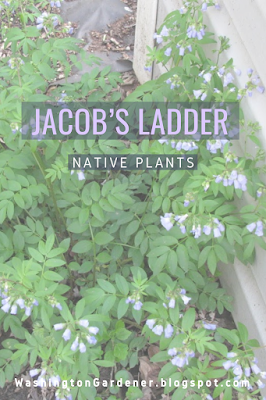