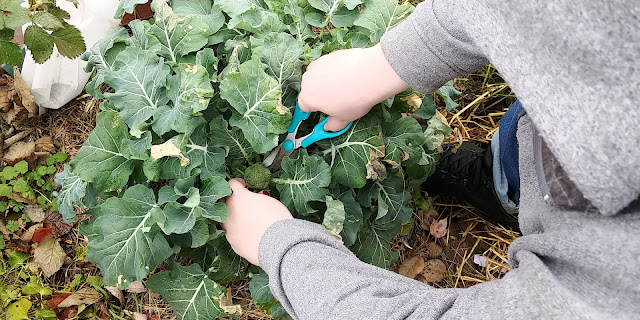 There is little in this world that cannot be cultivated with time, effort, and the right resources. This is not a mantra that I live by regularly, but it’s something that I try to have in the back of my head when trying new things. It helps to dull the blow of failure.

I have regularly heard people say it’s hard to actually "fail" at gardening because you just learn from what went right and what didn’t. It’s also very possible that what takes out your plants was Mother Nature deciding to bring on the frost earlier than you’d anticipated.

Since September, I’ve been the proud parent of a batch of golden Swiss Chard, grown within the relative safety of a container, and some Broccoli, planted in directly in the soil. And as of today, I am happy to report that despite everything I’ve said about my lack of experience over the past semester, I only managed to kill one of the plants I’d been growing.

Washington Gardener Magazine's editor Kathy Jentz has been an incredible coach, as I’m sure you could have guessed. Her willingness to put up with endless questions combined with her encyclopedic knowledge was invaluable to a newcomer like me. I figure I’d still be looking at a barren lot had

she not been around to guide me through my first real growing experience.

Honestly the most, challenging thing about growing these guys has been the time it takes to know

whether or not what you've got growing is going to actually bear fruit. Or, in this case, vegetables. Barring the idea of the cover cloth to protect the broccoli from the dangers of the menacing cabbage looper moth, a lot of my watering, and general care was intuitive.

To this day, the broccoli has only produced a single, small head. The size isn’t the issue, according to

Kathy, it’s supposed to be that small, but after several months of waiting for anything to come out of the crop, I’ll only be able to take home a single floret. There are other heads starting to form, but they likely won’t be ready for harvesting for another couple of weeks. 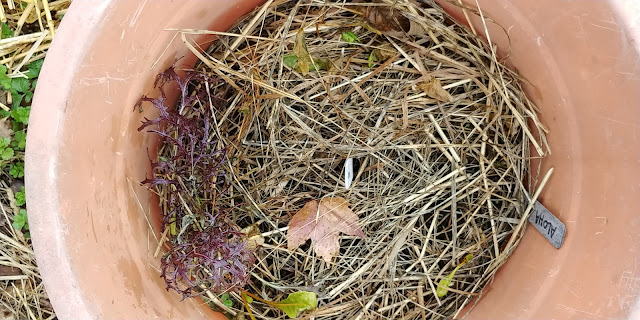 The Swiss Chard, on the other hand, didn’t give over any bounty. None of the seeds got beyond a few

small leaves, and while it may have technically been edible there wasn’t enough to do anything beyond topping a salad with the sprouts. I chalk it up to under-insulating the plant prior to the first frost, and an unknown foreign plant (some kind of red lettuce?) lurking beneath the soil.

In all, I envy the rest of you gardeners, spending so many hours of your day watching such beautiful

things grow by your own hands. Had I the patience and "sticktoitiveness," I would surely try to get right back on the horse, but winter is upon us and now it is time to rest and learn.

About the Author: Jaime Breeden is a fourth-year journalism student at the University of Maryland, College Park and an intern this fall session with Washington Gardener.

About Fenton Friday: Every Friday during the growing season, I'll be giving you an update on the community garden plot at the Fenton Street Community Garden just across the street from my house in zone 7 Mid-Atlantic MD/DC border. I'm plot #16. It is a 10 ft x 20 ft space and this is our 11th year in the garden. (It opened in May 2011.) See past posts about our edible garden by putting "Fenton" into the Search box above.