Arugula: You Can Grow That! 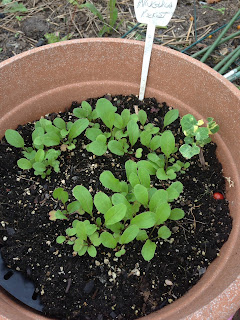 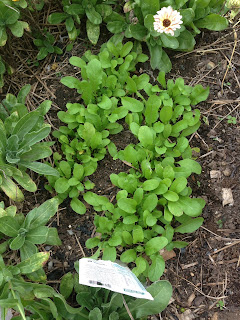 On September 3, the first day of my internship with the Washington Gardener Magazine, I was confronted with a difficult decision — what did I want to grow? As part of my internship, I was to plant something and monitor its growth over the course of the semester. While I can’t remember what my options of seeds were that day, I do remember that I chose to plant arugula because I use it at least four times a week in salads and was excited to be eating something I planted from scratch. 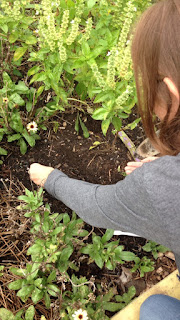 I planted the arugula seeds that day in editor Kathy Jentz’s community garden plot in the ground and in a raised pot. I planted two longs rows in both spots, sprinkling the seeds up and down, covering them with some soil, watering them with a little bit of water and hoping for the best.

I checked on the seeds one week later on October 7 and was extremely happy to see that they actually began to sprout. The plant grew faster in the ground than in the pot. I held off on cutting them just yet, so they could grow a bit taller.

The next time I checked them on October 19, I was pleased again at the rate of their growth. Once again, I held off on cutting the plant, but I did nibble on some leaves and it was delicious!

I was finally able to cut leaves from my plants on November 2 because of the rapid rate at which it was growing. I did note that the container plants grew at a slower pace than the ones in planted directly in the soil. I made myself an amazing arugula salad for dinner and bragged about my green thumb to my friends and family. 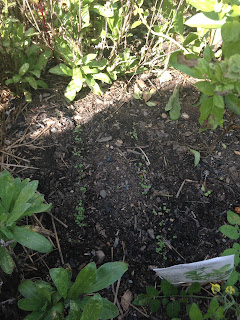 I came back to cut the plants one week later and the plants in the soil had re-grown to an impressive height! I cut those down and enjoyed another salad and bragging session. However, the container-grown arugula continued to lag slightly behind.

I returned to my plants on November 18 to find that the container plants began to sprout dark purple leaves and tasted a little peppery.

After experiencing some rain and gloomy weather, I checked my plant again on December 14 for the last time and saw that the in-ground plants grew enough to make another nice salad and the container plant had also filled in — though they grew more slowly and showed purple and red leaves. I cut both sets of plants back and said a tearful goodbye. I will definitely plant arugula in the future because of how simple it was to care for and how leaves sprouted and re-grew so quickly.

About the Author
Joelle Lang, a senior at the University of Maryland, College Park, is a multi-platform journalism student in the Philip Merrill College of Journalism. This past autumn, she was also an editorial intern for Washington Gardener Magazine.

All who are involved with You Can Grow That! (YCGT!) believe that plants and gardening enhance our quality of life. We want people to be successful with what they grow and to become more aware of the many gifts that horticulture brings. Find out more at http://www.youcangrowthat.com/.
at February 04, 2016

Email ThisBlogThis!Share to TwitterShare to FacebookShare to Pinterest
Labels: arugula, edibles, guest blog, ycgt, You Can Grow That